The Seven Trolls of AI

A Contemporary Fairytale about Digital Transformation 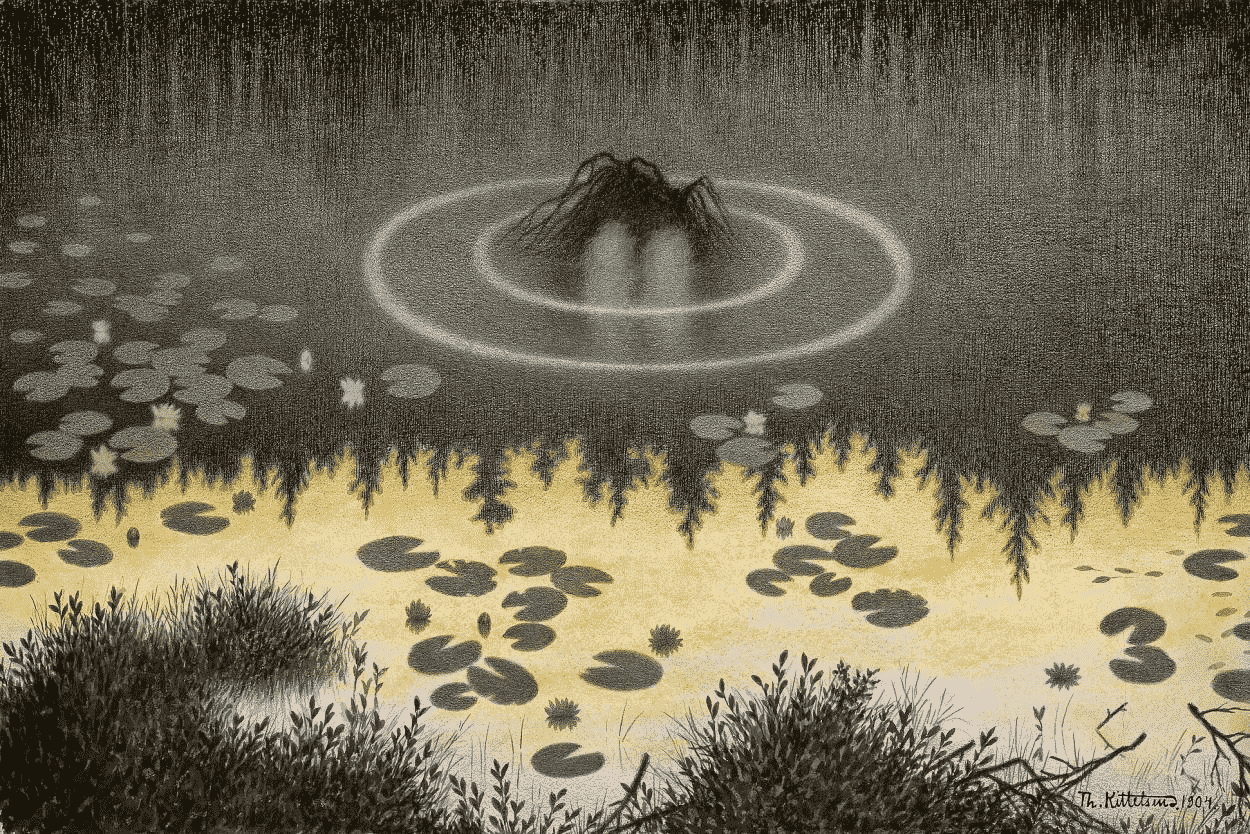 Once upon a time there was an ambitious CEO, Ronald, that wanted show his board that he was innovative and the right man for the company’s future. Digitalization was the big buzz word at the time, and his organization quickly understood that for them it meant becoming a data and AI driven company. One at the time helpers tried and failed to get AI right.

First out it was Peter who tried. He was the flamboyant marketer that had told the CEO that this was all about showing short term results and the rest would come in the slipstream. To get an early win, he set forth with an experiment. He had heard of some helpers you could contract for a big fee and they could fix AI for you really fast.

Smart as he thought he was, he gave them a test case in personalised marketing to prove their worth. They tried and failed, and tried and failed for more than three months. In the end, he got back to the CEO and told him they gave up. They had spent months trying to get hold of data without success. In his mind, the company had no chance to compete. Peter then jumped ship and got a serious job in an international consultant company with core focus on AI. After all — he had been doing major project work on AI.

The Data Access Troll: On average 80–90% of time in analytics and data sciences spent on gathering, cleaning, preparing and contextualising data.

The CEO then decided that the data access troll really was a technical problem. He appointed the aspiring next in line CTO candidate Jack for the task, telling him that when he had succeeded with the transformation he would get the top CTO job.

Jack brought in a technology consulting company and after spending months and quite some money analyzing they came back with a public cloud based platform. It was truly state of the art and was set up in a few months. Then they startet to test the use case on the platform. After trying three months, they were not able to integrate the company’s data into the platform in a real time steaming fashion. Jack gave up. He told the CEO that their legacy systems had a troll that was way too old to be sources for AI analytics. He quit his job and started as CTO for one of the competitors — after all he had done a technical AI transformation.

The Legacy Troll: Companies are missing capabilities in their business platforms to do proper data management and AI.

Ronald the CEO, had now spent almost a year on his Digital Transformation promise and had few business results. To hide the failure, he launched a new strategy to the board that focused on their core business and focus was to generate strong cash flow and good stock returns. He said other businesses in the industry where doing the same and had success lately. As Ronald had been a star for many years in the company and had many older employees support, the board supported him.

After the decision, Ronald went back to his company and told about the new strategy. Layoffs and cost cuts where launched and all focus was to grow existing revenues in traditional ways. The organization was confused. Some of the old timers thought it made sense. Let’s do what we have done in the past. It has always been a success formula for us. Others where really disappointed and many quit.

One rebel in the organisation, Mary was her name, who had been running some skunk works on AI while everything was going on decided this was not OK. She was lucky to get hold of the chairman of the company’s board and asked directly “ Can I get some money and a small guerilla team to prove that the Ronald the CEO was wrong in the strategy”. Against all odds, the chairman said yes— without the CEO knowing. Mary and her team started digging.

Mary started on a venture with the previous use case of Peter and the cloud data platform that Jake had build. They had done some pretty good work the last year and she and her team thought this was something to build on.

‍
Mary decided to dig deeper than her predecessors and talked to one of the technical architects, Winfred, on the platform Jake originally had build. What Winfred told her was rather surprising. He said that setting up a real time stream from the platform was rather simple. “Really”, she said, “why didn’t they make it happen then?”. His answer was just as surprising: “Chris, the owner of the area that had the data doesn’t want to. He is afraid that his team then will loose budgets on key analytics tasks they are doing today”. Wow! Mary now understood. This was all about Chris’s power in the organization. As she had gotten the rebel mandate, she convinced Winfred to help her, and during a week they had set up a data stream to the platform — Under the radar.

The Power Troll: Data is power, and data centralisation is difficult because data is hoarded by its owners.

With good real time data streaming to the platform, Mary felt that the use case testing was within reach. However, even though she was willing to break company policy and go under the radar for success, she was not ready to break the law.

Her assumption was that legal clearing would be a formality, but that was unfortunately not the case. According to the legal advice she got, the kind of activity that they were planning to do was not legal without the customer’s permission. That meant she would ask the customer for up front consent both to do training to create an AI model and to use the data for the personalised marketing use case. That sounded really difficult as this was an experiment and they were searching for insights in the data.

OMG, Mary thought, is this the end?

The Data Protection Troll: The next 5 years, expect a disruptive transfer of data ownership from the business to the customer. Like the revolutions of the past, the ideas are originating from Europe through the GDPR regulation, but the effects are spilling over globally.

After sleeping on yesterday’s legal showstopper, Mary decided not to give up. She called an old classmate working for a competing company and got a fairly more balanced picture. Actually, the case was not as black as her legal department had said. In fact, the use case could probably be done, but you would probably need to give their customers the possibility to opt out. “Ok”, she thought, “that is good news. But why is our legal people not up to date?”

But bad advice was unfortunately not only limited to the company’s privacy team. In all, there were few talents with digital experience . And when it came to people with AI and Big Data skills the organization really had none. The funny thing was that the last year, there had been a few people that truly had the right competency. They had been recruited or sent through massive training, but all of these people had quit. The market was ripe in opportunity for qualified talents and they found cool opportunities elsewhere.

The Competence Troll: The market for good talent in big data management, analytics and data science is hot and will stay hot. According to research there are 0.3 candidates per job in the field.

But what was feeding the Competency Troll? Why were the most valuable people of the company’s future quitting? Surely, the Competency Troll was fed a little by all the trolls, but that wasn’t really the root cause she thought. Then one day she read an article. Research showed that people quit their jobs “.. when their job wasn’t enjoyable, their strengths weren’t being used, and they weren’t growing in their careers”. So really, this was about the culture and core focus in the company?

Then it hit her — maybe Ronald the CEO was feeding the Culture troll? He was from another time when the all the hypes where business process reengineering, outsourcing, shareholder and cash flow focus, balanced scorecards and yearly performance evaluations and where the only career ladder was based on increasing management positions. All the cultural artifacts, heroes and processes were based on this old way of thinking.

The people needed for AI transformation did not fit into this picture. People who had the skills found so many other cool things to do where they found meaning, where able to truly develop their strengths and found meaning. That’s why they left.

Mary went to the Board Chairman and told the whole story. She explained about the family of trolls feeding each other and that at the root sat a culture troll that was fed by the thinking and behaviors of the current CEO. The chairman listened to her. Said thank you. But then told her that this was just a test for Mary. Then to her shock, Ronald entered the room. Ronald, the CEO knew about Mary’s project all along. He said that he needed Mary and her new AI understanding to bring in external consulting company so that they could help her downsize operations and existing revenues through AI automation. This would maximize cash flows even more.

Mary — spent a minute thinking about all this. She then told the chairman and the CEO “No, I will never join you on that journey. I am going to spend my career doing stuff with AI that gives me meaning and makes the world a better place.” CEO Ronald was stunned. Then Mary left the room.

The Culture Troll: It’s all about people & customers, not processes. Becoming data driven is super hard. Being an AI and Data driven company requires you to throw away or redefine several of the practical that have been critical success factors in the past.

The story did of course not end there. Ronald and his organization ran several more years and delivered increasing cash flow and better results. He left the company as a great hero based on his strategy on focusing on the core. A few years after he left that same company faced a tough market disruption and became a niche player in a market it had previously dominated.

Mary went on to start her own AI startup. She brought with her the defense tactics against all the 7 AI trolls she had learned from Ronald’s company. She also kept some of Ronald’s tricks as well focusing on cash flow and shareholder value but maybe in a little more balanced way. After all foundational business practices never go out of style, right? Her company became a great success and it still alive and kicking and has become a dominant player in her industry. She lived happily ever after.

Combat the trolls by partnering with us at the SMOC.AI platform and ecosystem.